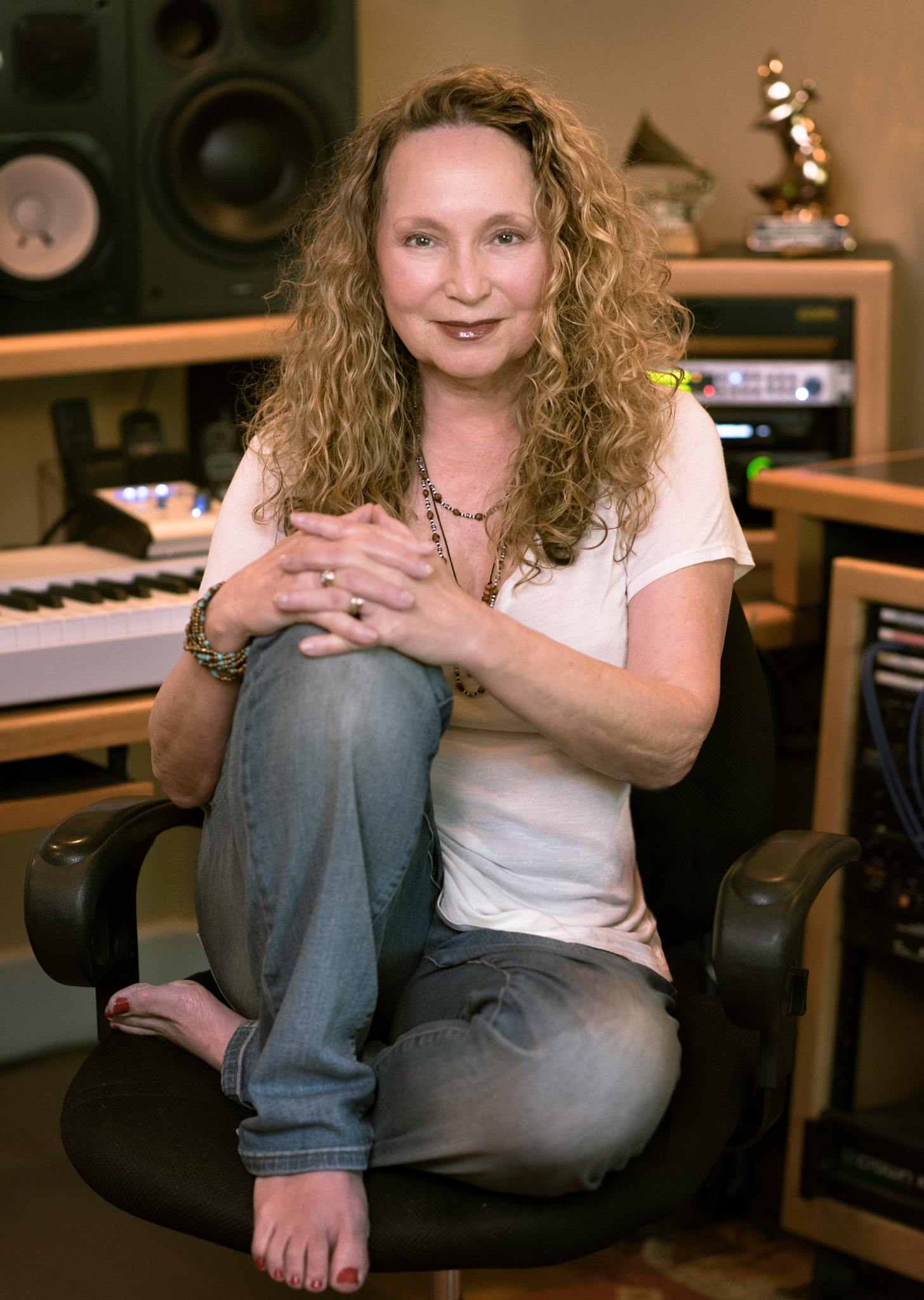 Grammy® Award Winning Songwriter and vocalist Bunny Hull was born to make a positive impact on our culture through her music and creativity. Best known for songs like Ready For A Miracle, which earned a Dove Award and New Attitude, which earned a Grammy and catapulted Patti LaBelle to the top of the charts in 1986, Bunny has earned more than 20 gold and platinum albums. Her songs and/or vocals have appeared on legendary albums such as Michael Jackson’s Thriller, on soundtracks and in films like Thelma and Louise  The Prince of Egypt, License to Kill and Leap of Faith.  Her television credits clients include NBC, ABC, CBS, and a variety of cable networks and programs  like The Today Show, Oprah, Sesame Street, and The Simpsons.

Most recently her compositions include the end title theme for documentary short The Ripple Effect and campaigns for Weight Watchers, Pfizer and NBC’s The Good Place.

BrassHeart Music, Bunny’s publishing company, boasts a catalog of more than 500 of her compositions and master recordings, which are regularly licensed for use in film and television productions.  It is named after a brass heart given to her in 1978 by someone who had a tremendous impact on her life, Michele Simmons.

Bunny has realized the power of music to impact our culture since she began writing in Las Vegas, at the age of 15. Pursuing a career in Los Angeles as a writer and singer, her first and only self-produced solo album Truth and Tenderness  was successfully released in 1992 by Fujisankei Company, Pony Canyon. Her passion has always been writing, and singing…so she continued to create and license music and perform as a background vocalist.  In 1993 her positive approach to songwriting lead to the creation of an award-winnning multicultural children’s entertainment company, Dream A World®.  Dream A World®, an imprint of BrassHeart Music, has been showered with awards and includes 2008 Parents Choice Awards winners, The Young Masters –  Little Wisdom Series,  The Friendship Seed, The Magic Eye and The Hidden Treasure,  three hardcover books with CD sets, as well as a CD release, entitled Secrets of the Heart.  It is this collection of work, that inspired Bunny’s philanthropic work by founding Dream A World Education

Bunny Hull owns and operates a state-of-the-art digital recording facility for in-house production in Los Angeles where she writes and creates. She is Executive Director of Dream A World Education which partners with the Herb Alpert Foundation, The Rosenthal Family Foundation, California Arts Council, L.A. County Arts Commission, along with many other partners, to bring music and arts education into schools in impoverished areas of Los Angeles.

She is a member of SAG-AFTRA, BMI, ASCAP, NARAS, NMPA and HFA.